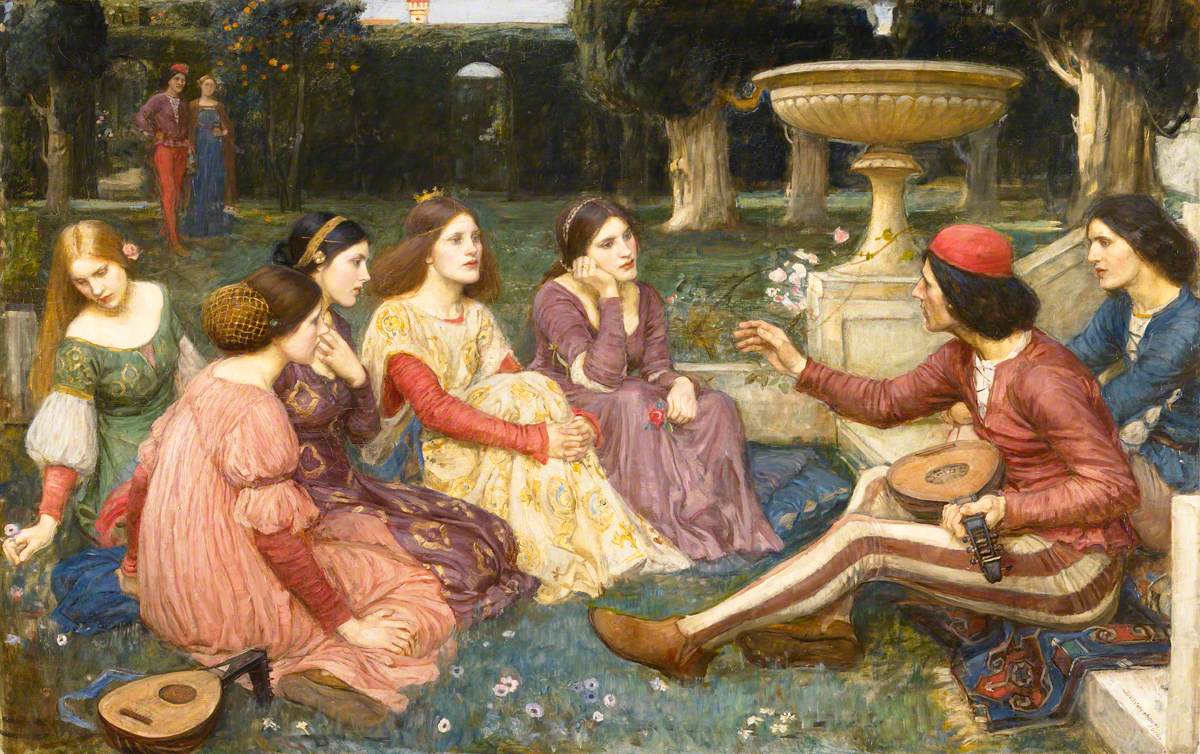 Introduction
On a chilly Autumn day, two postdoctoral fellows (Lena Vosding and Godelinde Gertrude Perk) were conversing in their shared office. They were very fond of their group of fellow supervisees, its camaraderie, and the support it provided. Nevertheless, the two early-career researchers still struggled on occasion to improve the argument of the articles they were working on and wanted additional peer feedback and an additional space for sharing ideas. “How about we start a WIP (work in progress) group ourselves?” A pen was seized from a nearby desk, and, after a little brainstorming and scribbling on a scrap of paper, the first outline for Pre-Modern Conversations emerged. Joined shortly thereafter by Lewis Webb from Classics, the duumvirate of convenors became a triumvirate, who quickly submitted a description to the OMS booklet.

What is Pre-Modern Conversations?
Pre-Modern Conversations is an interdisciplinary group of early-career pre-modernists, offering an informal, supportive environment for helping each other revise, refine, and complete a work in progress. In the past, we’ve found that whether one works on medieval religion or Republican Rome, one tends to encounter similar theoretical and methodological questions. What is more, the challenges one encounters when writing or revising tend to be similar across fields. We, therefore, defined “pre-modern” very broadly and included any period up to 1800. Since the convenors’ research shared a focus on pre-modern gender, we were particularly interested in hearing from other scholars with a similar or adjacent focus. We had initially decided that the format for the one-hour session would alternate between a presentation to the entire group (for conference contributions) and a discussion of a pre-circulated written text. For Hilary Term, however, the WIPs submitted were mostly written texts, which we discussed in detail, focusing mostly on content and argument.

Experiences so far
To our delight, the four available slots filled up very quickly. Both medievalists and Classicists joined the group, which led to lively interdisciplinary synergy. Topics varied widely, from Roman law and urban space in Asia Minor in the late Antique period through medieval recluses to early-modern refugees and twentieth-century poets, yet similar themes emerged. We also decided to spend the last twenty minutes discussing more general concerns, for instance writing grant applications, and sharing our experiences as ECRs. The phase following one’s DPhil or PhD can potentially feel stressful, precarious, and directionless, and many ECRs feel lost at sea, a problem our friends in the ECR Network of Medieval and Modern Languages also seek to alleviate. A forum for sharing ideas, knowledge, experiences and alternative perspectives can help ECRs find their bearings and navigate this uncertain stage of their career.

Plans for next term
We’re thrilled to continue in Trinity Term! We will again convene in weeks 2, 4, 6, and 8 on TEAMS. The programme looks very promising already, but there are still slots left. Interested in joining? Send an abstract (up to 300 words) of your WIP, accompanied by a short biography to lena.vosdingATmod-langs.ox.ac.uk by Friday 30 April. You are also very welcome to participate without contributing a paper.