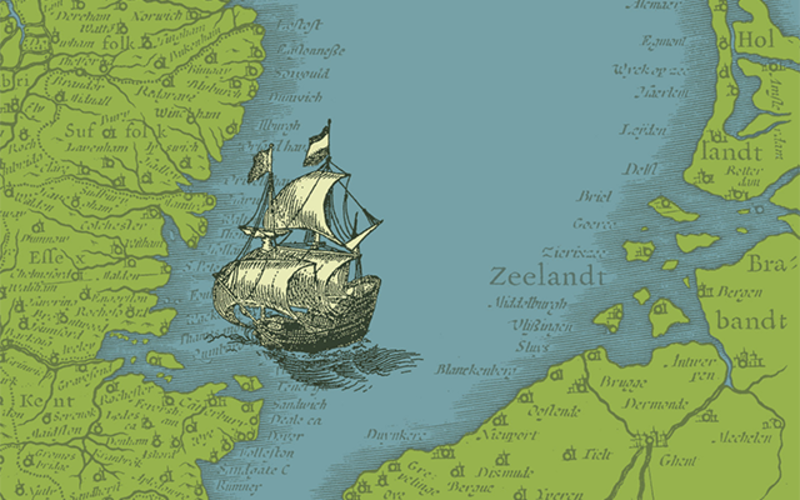 CONFERENCE: The Literature and History of Anglo-Dutch Relations, Medieval to Early Modern

Contacts between English and Dutch speakers had a profound impact on the literary landscape and book culture of England and the Low Countries. This conference crosses conventional chronological, linguistic, geographical and disciplinary boundaries to explore the cultural history of relations between English and Dutch speakers, from the Norman Conquest through to the Reformation. Bringing together literary scholars and historians, it aims to join up evidence of literary exchange with new insights into the experiences of migration, conflict, political alliances, and trade that made this literary exchange possible. The conference will reinvigorate traditional approaches to literary influence by contextualising it in the historical conditions that brought speakers of Dutch and English into contact with each other and by taking into account the range of languages (Dutch, English, French, and Latin) in which their communications and literary production in manuscript and early print took shape over this period.

EXHIBITION: North Sea Crossings: Anglo-Dutch Books and the Adventures of Reynard the Fox

North Sea Crossings, a new exhibition at the Bodleian Libraries, will trace the long history of Anglo-Dutch relations. Focusing on the period from the Norman Conquest in 1066 to the Glorious Revolution of 1688, items from the Bodleian Libraries’ collections will illustrate the ways in which these exchanges have shaped literature, book production and institutions such as the Bodleian itself, on either side of the North Sea, inviting visitors to reflect on the way this cultural exchange still impacts British and Dutch societies today.

The book accompanying the exhibition, by Sjoerd Levelt and Ad Putter, is now available.

A modern retelling of Reynard the Foxby Anne Louise Avery, based on William Caxton’s 1481 English translation of the Middle Dutch, is also available.

Join us for a livestream panel discussion to mark the opening of our winter exhibition ​North Sea Crossings: Anglo-Dutch Books and the Adventures of Reynard the Fox. The exhibition tells the story of Anglo-Dutch exchanges through beautiful medieval manuscripts, early prints, maps, animal stories and other treasures from the Bodleian’s collections.

Join our panel discussion which celebrates a special relationship which has lasted over 900 years. Watch our expert panel explore the historical as well as the broader context of Anglo-Dutch relations in politics, art, literature, and modern life.

The discussion will be streamed on this page and on our YouTube channel.