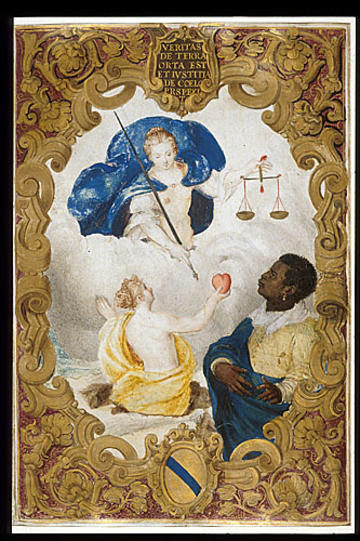 A little while ago now (15 March), I went to a one day workshop titled Medieval Intersectionality, pulled together by Amanda Power and Robin Whelan. It was a day to bring scholars across Oxford together to consider:

…ways that we might examine the multiple and complex interactions of…identities, experiences and labels, and how they shed light on the societies in which medieval people lived. … How can it [intersectionality] enrich our research? What has the prospect of deeper histories of intersectional oppression, resistance and power relations to offer those working in more contemporary fields? Given the concept’s roots in fighting discrimination and inequality, what are its broader implications for Medieval Studies as a discipline?

The day was framed around two sessions, each with a handful of short (10 minute) papers, and plenty of time for discussion. This worked very well as a model, and there was lots of fruitful conversation. The papers ranged in theme/period from late Roman Africa to my own paper on late medieval England. The two papers I enjoyed most were Philippa Byrne’s “Lucaera Saracenorum: building urban identity in the persecuting society” and Azfar bin Anwar’s “Intersectionality of identities in medieval Islamic biographical dictionaries”, both of which did the magic triangle thing of (1) introducing me to new sources while (2) asking the kind of questions I like to ask of my sources, and (3) talking about places or people often neglected by Western medieval studies. Philippa’s discussion of the forced settlement of 20,000 Muslims in the Sicilian city of Lucera made me think a lot about boundaries and identities, particularly in the current climate of refugee-phobia, and Azfar’s paper on the homoerotic and homosocial potential of Islamic biographies gave a fascinating insight into the creative opportunities offered by a genre of literature I know nothing about.

Days like this are so important – though as I said during one of the question sessions, it’s all very well bringing academics together and making them think outside their neat little specialised boxes, but that only has a chance of greater impact if we think more broadly about decolonising medieval studies.The room full of people who assembled in Oxford that day were largely – though not entirely! – white Westerners. Engaging with a global middle ages also means engaging with global medievalists, both in our scholarship and in our teaching. This is not just an intellectual issue, where we earnestly discuss what we can do to make medieval studies more inclusive. White nationalism is on the rise and is co-opting our field. As Dorothy Kim forcefully argues, white medievalists have a responsibility to clean up our field and to make it clear that racism, misogyny and ableism have no place here. This is not work that should just be left to minorities.

Your colleagues and students are now specific targets of virulent attack, not just bodies that have to deal with implicit bias and a host of daily microaggressions. … What are you going to do about it medievalists? Will you hide and just hope that being silent will allow you to be overlooked? … Let’s call it what it is, will you collaborate? If this is your thought or answer, this is also your incredible privilege. Guess what, it completely changes the bodies in this field who do not have your cisgendered, white, male, Christian privilege. Your silent, tacit, or enthusiastic compliance will mean these bodies will be violently driven out of the field.

So, a day like Medieval Intersectionality was important in getting conversations started. But if we just leave it at talk, it will have been an interesting but ultimately unsuccessful event.

Click here to view the report by Philippa Byrne on the same event.

One Reply to “Report on the Medieval Intersectionality Workshop”