Following a two-year pandemic break, it was a joyous occasion for all to be able to attend in-person the second annual performance of the Oxford Medieval Mystery Plays hosted by St Edmund Hall on 23 April last week. The production was led by Professor Henrike Lähnemann, St Edmund Hall Fellow and Professor of Medieval German Literature and Linguistics, and Professor Lesley Smith, Fellow and Tutor in Politics and Senior Tutor at Harris Manchester College, and expertly managed by Dr Eleanor Baker, Project Support Officer for the Post-GCSE Inspire Programme at St John’s College and medieval literature specialist. The full cycle was live-streamed by Natascha Domeisen and is available for watching on the St Edmund Hall Youtube Channel and also linked in to the website dedicated to the Oxford Medieval Mystery Plays.

We’ll be your guide to every play: Mystery Cycle organisers (left) and Jim Harris as Master of Ceremonies (right)

Featuring 11 plays in 6 languages (Middle and Modern English, Spanish, French, German and Latin), the ‘spectaculum’ opened with a performance of period music by the Anonymous Minstrels before The Revd Dr Zachary Guiliano rang the Chapel bell to mark the opening of the Mystery Cycle. We were introduced to each play through prologues prepared by the linking verses creator, Prof David Maskell, and wonderfully performed by our Master of Ceremonies, Dr Jim Harris, who guided attendees across college to each play location. These prologues were essential not only to the day’s enjoyment, but also to making the medieval materials accessible to a modern audience providing plot summaries and descriptions of what we were about to see through rhyming verse!

A marvellous boat will shortly appear: Scenes from the Killing of Abel (Left) and Noah’s Ark (right)

The Mystery Plays presented Biblical stories from Creation to the Resurrection, and were brought to life by an incredible cast of actors, academics and students with links to Oxford Medieval Studies. The Faculty of English kicked things off in the Old Dining Hall with the stories of Creation and the Fall, accompanied by a digital video featuring manuscript illustrations by Prof Dan Wakelin. We were then led into the front quad to witness the Holloway Mystery Players perform the killing of Abel, followed by the story of Noah’s Ark by Medieval Studies students, which receives an honorary mention here for the best props of the event, including fabric waves and an inflatable parrot standing in for the dove. The morning concluded with the sung Magnificat in a play of the Visitation by Jasmine and the Kilnsians.

You’ll see a dog but it’s a sheep: Timmy waits for his cue (left) and James Howarth as King Herod (right)

Following a short tea break, the play cycle continued in the atmospheric churchyard of St Peter-in-the-East (now College Library). The Pastoral Players provided comic relief as grumpy shepherds and a thief in the Shepherd’s Play, with the Principal’s dog Timmy stealing the show as a reluctant ‘sheep’ and kindly supported by Prof Kathy Willis and her daughter Alice. The entertainment continued with the story of the Wise Men performed by the Wise Women in Spanish, and the Massacre of the Innocents with College Librarian James Howarth playing Herod the Great alongside the 5th Week Blues.

Now to a new location for John the Baptist’s decollation: A scene of the saint’s beheading (left) and the Lazari players (right)

The best special effects of the cycle featured in the playgroup Les Soeurs de Sainte-Hilde, with their version in French of St John the Baptist’s arrest and grisly beheading (read a reflection on the process of directing a play in French by Prof. David Wiles, the director of the play). This was followed by the English MSt students performing the story of Lazarus, with 6 players of Lazarus rising from the churchyard to great effect. Undergraduate students then performed a Middle English depiction of the Crucifixion from the York Mystery Cycle dating from the 14th century. The Mystery Plays concluded with a delightful performance in Middle High German, Latin and English by the Mercantile Minstrels, with mischievous merchants, a fight scene, and a chorus of angels merrily announcing the miracle of Christ’s Resurrection.

Christ ist erstanden: The Crucifixion (left) and the announcement of the Resurrection (right)

This year’s Mystery Play Cycle was incredibly fun and a fantastic opportunity to engage with medieval culture through the wide-ranging skills of staff and students of Oxford Medieval Studies. The day ended with an exhibition display of works relating to the Easter story in the Old Library. A filming crew worked hard throughout the day to provide a livestream of events for online viewers, that can now watched back on St Edmund’s Hall YouTube Channel. We’re excited to see the continuation of what surely now has become an Oxford tradition!

Dr Alison Ray is a medievalist and the archivist at St Peter’s College, Oxford.

Corpus Christi College Classics Centre and the APGRD are pleased to invite you to a double act dedicated to Terence’s most successful and most controversial comedy, Eunuchus, which will consist of a weekly introductory seminar and a one-day research conference, both open to everyone.

Our programme encompasses a wide array of topics and perspectives on the play — from textual criticism to gender studies, from ancient and modern reception to stage-related issues and performance. In addition to presentations on selected passages given by graduate students and early career researchers, the first five sessions will include short introductions on several aspects of the text such as transmission, language, metre, Greek model, and the historical context of its performance.

We’d like to stress that the seminar is open to everyone and it is by no means expected that participants will have any prior knowledge of the Eunuchus or of Roman comedy in general. In fact, our aim is to bring different approaches to bear on the text and thus open up new avenues for interpretation.

As Terence’s most successful play, Eunuchus was consistently part of the Latin school canon from the late Roman Republic to the modern era. Over a period of more than two thousand years, the comedy has been edited, performed, commented on, criticised, illustrated, and imitated numerous times. By bringing together experts on the ancient, medieval, and modern reception of the play, the workshop aims to discuss a wide range of approaches and provide insight into the colourful afterlife of one of Rome’s most successful poets.

Contact
If you have any questions or queries, please feel free to email Stefano Cianciosi at stefano.cianciosi@lmh.ox.ac.uk 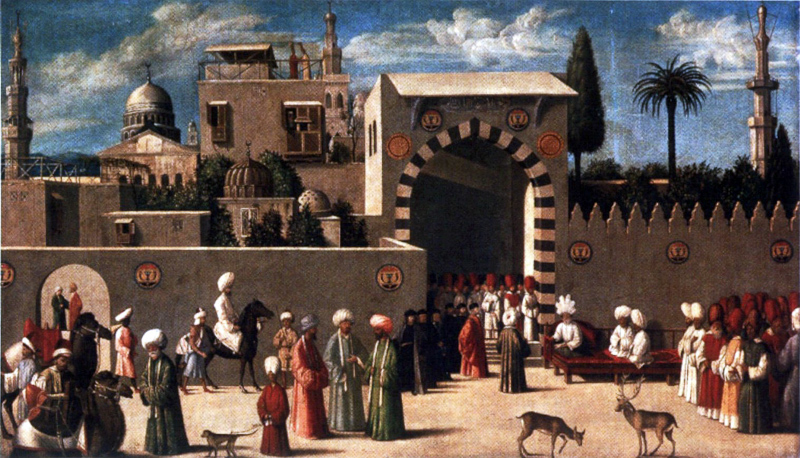 The Early Text Cultures research group based at the University of Oxford invites papers for its Trinity Term 2022 seminar on ‘Textual Cultures in Contact’, which will bring together scholars whose research focus is the interactions between pre-modern textual cultures.

Through sessions comprising paired papers, this seminar series will enable participants and attendees alike to gain fresh perspectives on the nature of ‘contact’ among textual cultures, and on the affordances and limitations of their fields’ methods and approaches to the topic.

Subjects and case studies might include (but are not limited to):

If you would like to present a 20-minute paper at one of the seminars, please send an abstract of no more than 250 words to earlytextcultures.ox@gmail.com by Monday 11 April.

Papers by early-career and graduate researchers are particularly welcome. The seminar will be held in a hybrid form, taking place both in Oxford and on Zoom for those joining us from further afield. Speakers and auditors will be welcome but by no means obliged to come to Oxford to attend.

More information on our methodology and our past events can be found on our website. To be added to our mailing list, please email earlytextcultures@humanities.ox.ac.uk or earlytextcultures.ox@gmail.com.