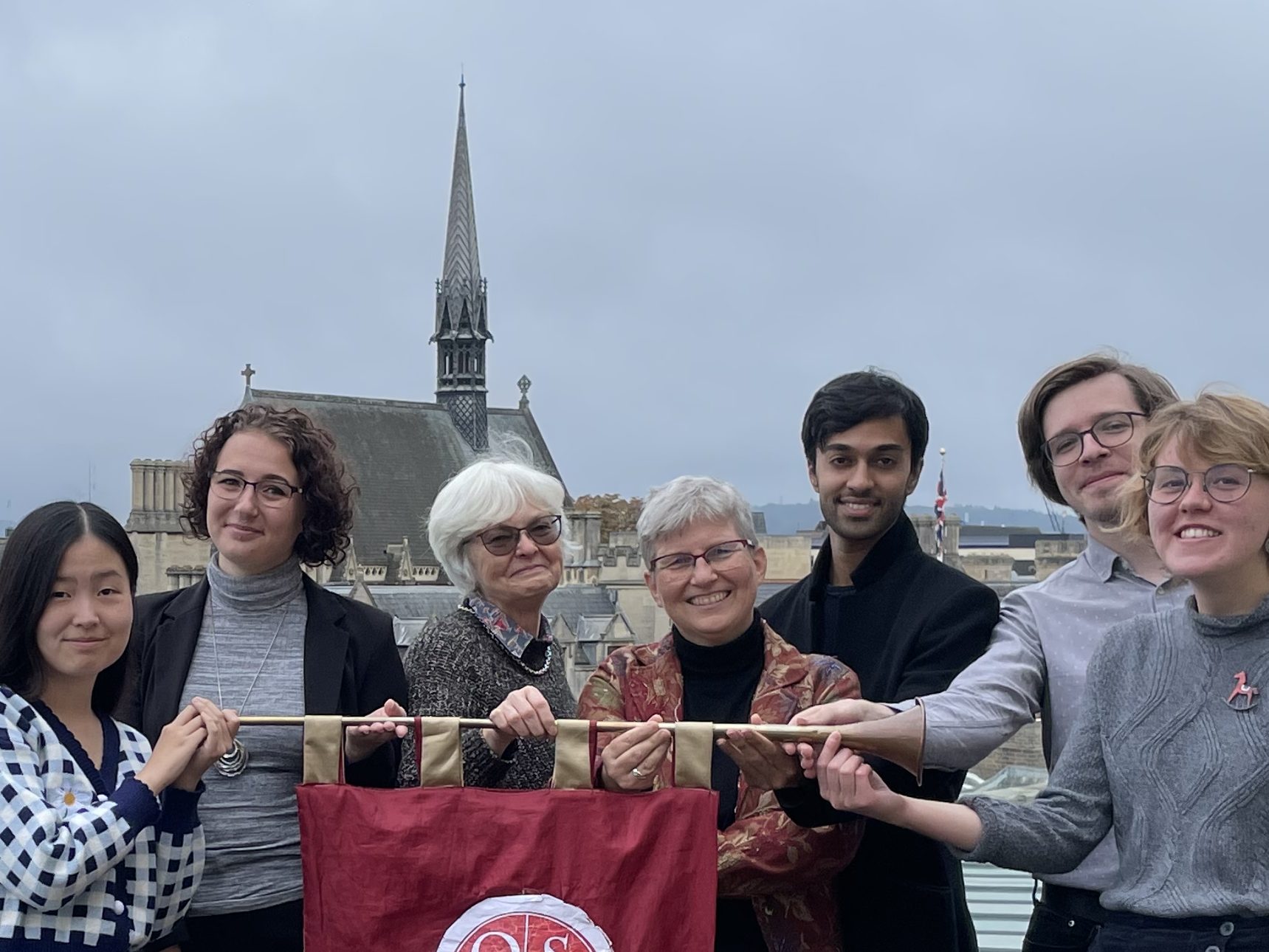 Henrike Lähnemann (Professor of Medieval German Literature and Linguistics) and Lesley Smith (Professor of Medieval Intellectual History) are Co-Directors of the Oxford Medieval Studies Programme at TORCH. They also co-direct, now for the third time, the Medieval Mystery Cycle! Henrike is a German medievalist, currently mainly working on the rich material and textual legacy of the North German convents Medingen and Lüne, including editing 1.800 letters exchanged by the nuns of Lüne between 1480 and 1550. Lesley works on the medieval Bible, as both a physical and intellectual object. This ranges from close technical work with manuscripts of Bibles, biblical commentary, theology and pastoralia, to the exposition of commentary and theology, to investigation of the intellectual milieu of the schools in which the Bible was studied – the people and the products of this early university system, from the twelfth century onwards.  In particular, Lesley explores the two-way link between the manuscript evidence and the intellectual evidence of these early schools – in modern terms, how technology affects what we learn and know, and vice versa.  The study of the Bible has also led them to contribute to the study of medieval Jewish-Christian scholarship and relations.

Luisa is the Communications Officer for Oxford Medieval Studies, and is responsible for the weekly Medieval Matters email/blog posts, the Google calendar, and the termly Medieval Booklet.

Luisa read her BA in English Literature at the University of Warwick. She then studied for a Masters in Medieval English Literature (650–1550) at Wolfson College, Oxford, and remained there for her subsequent DPhil in Old English and Latin Literature. She is now a stipendiary lecturer in Medieval Literature at St John’s and Exeter colleges and teaches Medieval Latin at the English Faculty. She is also a mentor for MSt/ MPhil/ DPhil students in the English Faculty and MSt students on the Humanities interdisciplinary Medieval MSt. Her research interests include the cult of saints, Medieval travel, and the global world in Early Medieval literature.

Michael is a first-year DPhil student in English at Corpus Christi College. His research, funded by the E. K. Chambers Studentship, considers the changing culture of verse translation in England across the Norman Conquest and its impact on vernacular history-writing. He is also more generally interested in translation theory and multilingualism. As graduate convenor for the Medieval Mystery Cycle 2023, he will be coordinating one of the highlights of Oxford’s medieval calendar: the all-day performance of a cycle of short biblical plays, by a variety of groups and in a variety of medieval and modern languages, at St Edmund Hall on 22 April 2023. Please get in touch if you are interested in taking part or if you have any questions – and definitely have a look at the recordings of the plays from 2019 and 2022!

Eugenia graduated MSt in Medieval Studies in 2019, and now is a third-year DPhil Student in Old Norse at Jesus College. She is passionate about all things medieval and is joining the OMS team as its Events Coordinator to ensure everything runs smoothly and is on your medieval calendars!

Ashley Castelino is a second-year DPhil student at Lincoln College working on supernatural dogs in Old Norse and other medieval literature. He is passionate about anything and everything medieval, and brings this to his role as Social Media Officer for OMS. In this role, he manages all social media accounts for OMS, including Twitter, Facebook and Instagram, all accessible via our Beacons page. Ashley is responsible for spreading the word about all of the wonderful medieval events, lectures, seminars, reading groups and other activities at Oxford, so if you have something you’d like advertised, do get in touch!

Coral Kim is an MSt English (650-1550) student at Exeter College, who just completed her BA in English (Course II) at Oxford. She enjoys reading about Anglo-Saxon metalwork and inscriptions, with an additional interest in early medieval Cumbrian history following her research internship in the region. She has joined the OMS as support for the team, helping with administrative work and the running of the OMS website.