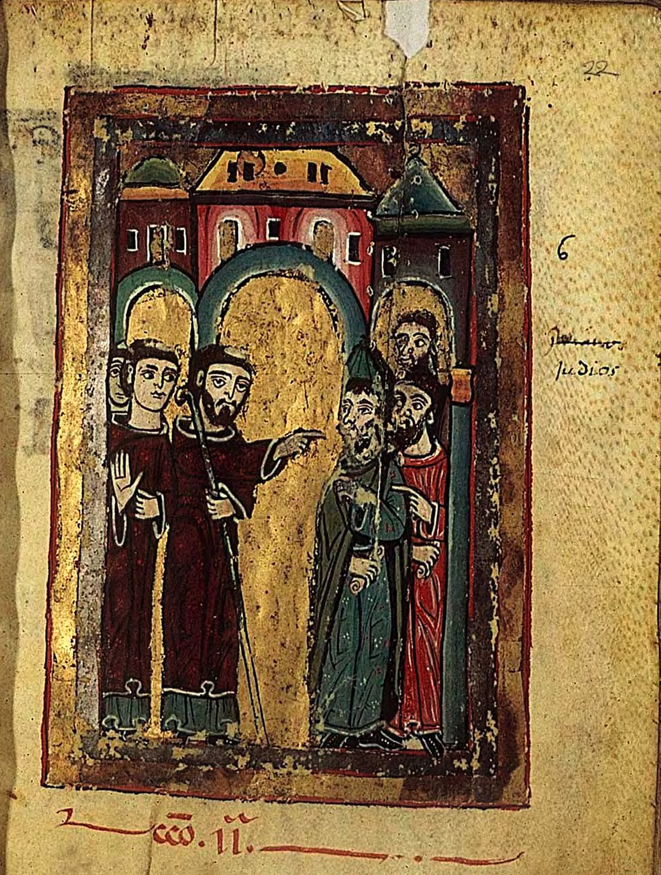 Moses Maimonides’ Guide of the Perplexed landed in the Latin scholastic world of the thirteenth century like a stick of dynamite. Christian scholastics of the mid to late-thirteenth century — Thomas Aquinas, Bonaventure, Albert the Great, Meister Eckhardt — knew the Guide through the Latin translation called the Dux neutrorum, and its extensive and influential network of scholastic readers have used up most of the scholarly oxygen dedicated to Maimonides Latinus. I will identify another community of readers of the Guide, an earlier one, of Jews and Christians reading together. Identifiable as a community in Toledo in the first two decades of the thirteenth century, this community would eventually spread to Rome, Provence, Naples, and Paris. I will focus here on four members: Samuel ibn Tibbon, who wrote the first Hebrew translation of the Guide; Michael Scot, first a master in Toledo and later Emperor Frederick II’s court astrologer;  Jacob Anatoli, Samuel’s son-in law and Michael’s colleague in Naples; and Rodrigo Jiménez de Rada, archbishop of Toledo, in whose cathedral Michael and Samuel may have met and in whose writings we can trace the earliest evidence of Maimonides’ impact on the Latin world.

Lucy Pick is a historian of medieval thought and culture. Her research interests include the relationships between gender, power, and religion; the translation of science and philosophy in the twelfth and thirteenth centuries, and its impact on relations between religious groups; and the development of monastic thought and practice. Her first book, Conflict and Coexistence: Archbishop Rodrigo and the Muslims and Jews of Thirteenth-Century Spain (University of Michigan 2004), discusses Jewish, Christian, and Muslim relations in thirteenth-century Toledo. Her second, Her Father’s Daughter: Gender, Power, and Religion in Early the Spanish Kingdoms (Cornell 2017) examines the careers of royal women in early medieval Spain. She is also the author of the novel, Pilgrimage (Cuidono 2014), a story about the Middle Ages that explores betrayal, friendship, illness, miracles, healing, and redemption on the road to Compostela. She is currently studying the earliest translation of part of Maimonides’ Guide of the Perplexed into Latin and what it tells us about intellectual cooperation and conflict across religions in Toledo, Naples, Provence, and Paris in the early thirteenth century.

Drinks at St Edmund Hall after the lecture.
Please contact Luisa Ostacchini by 31 January if you would like to come to dinner with the speaker at your own cost. We have reserved eight places for graduate students at a discounted price of 10GBP.
First come, first served!