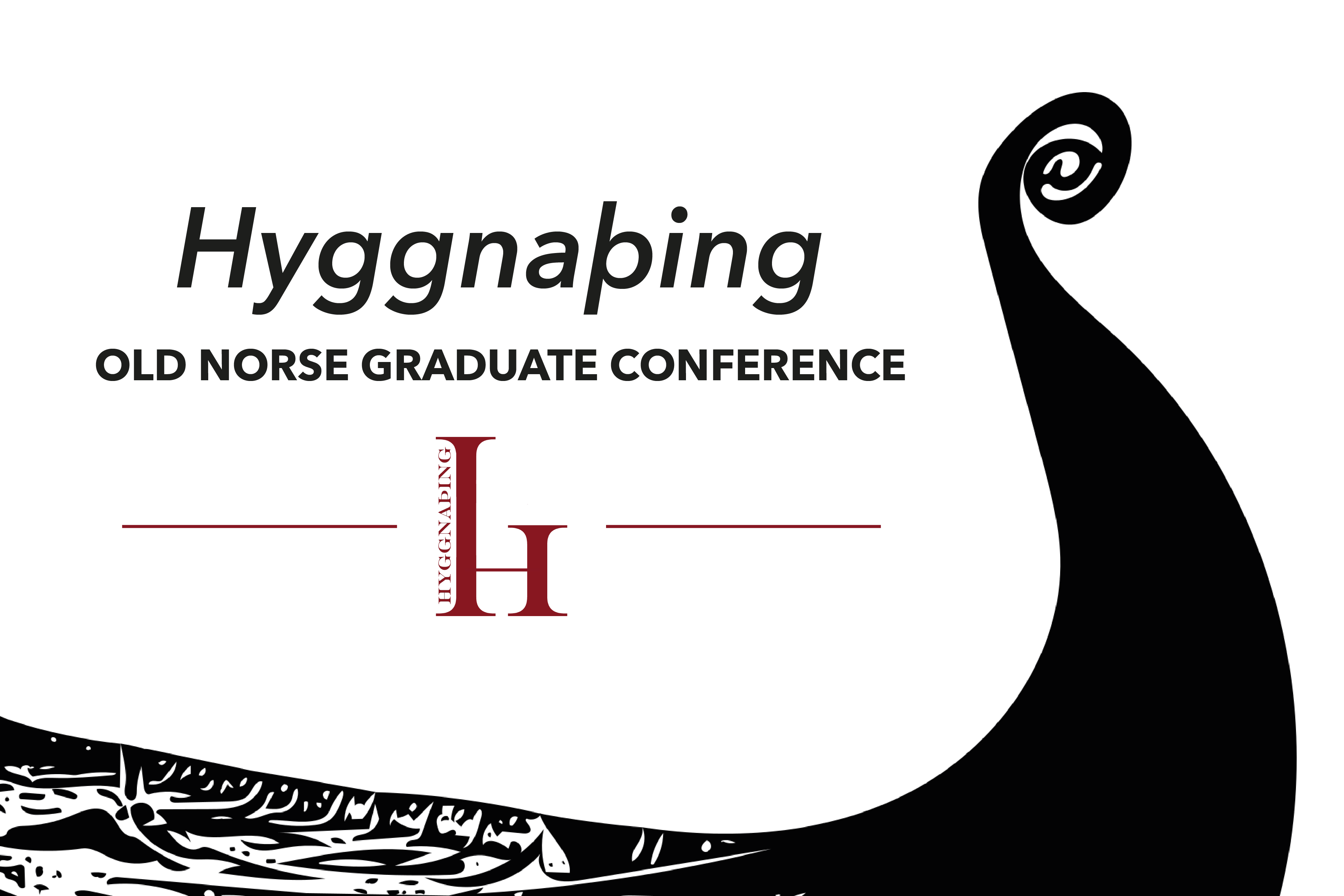 Hyggnaþing (‘Meeting of Minds’): A Graduate Conference in Old Norse Studies took place on the 11th of August 2021. A brand-new conference co-organised by Natasha Bradley, a DPhil student at Lincoln College, Oxford, and Ben Chennells, a PhD student at University College London, Hyggnaþing attracted speakers and attendees from across the globe for a one-day online conference exploring all things Old Norse.

Hyggnaþing was created in response to the isolation that has impacted everyone over this past year and a half. With constant lockdowns, library closures, and restrictions on events, postgraduate study has become even more challenging and isolating, with fewer opportunities for students to engage with the academic community. Hyggnaþing was created with connection in mind, providing a virtual space to build networks and share research in a welcoming environment. For this, Hyggnaþing made use of both Zoom and Wonder, a platform which simulates the experience of an in-person meeting and allows for online ‘mingling’.

After some opening remarks from the organisers, the conference began with a panel on the significance of space in saga literature, chaired by Oxford’s own Olivia Elliott Smith. The first paper was by Grace O’Duffy (University of Cambridge), whose paper explored the development of Hǫttr from Hrólf saga kraka, as he progresses from the bone-pile to a masculine ‘ideal’. Then Mary O’Connor (University of Oxford) spoke about courtly space in two Old Norse riddarasǫgur: Ívens saga and Erex saga.

After a quick screen break, the second session of the day, chaired by Sigrun Borgen Wik (Trinity College Dublin), began with a paper from Basil Arnould Price (University of York). Basil’s paper explored the idea of failure as resistance in Grettis saga and Gests þáttr using queer theory. This was followed by a paper from Caroline Bourne (University of Reading), which reassessed the relationship between Scandinavians and the Gower peninsula in South Wales from the tenth century. The panel was concluded with a paper by Giorgia Sottotetti (Háskóli Íslands), who examined small figurines or ‘pocket-idols’ from Iron Age Scandinavia and analysed how they reflect the religious, social, and political changes within the period.

After lunch, Hyggnaþing resumed with a panel on translation, chaired by the co-organiser Natasha Bradley. The first paper, by Katrín Lísa L. Mikaelsdóttir (Háskóli Íslands), analysed the presence of Norwegianisms in medieval Icelandic manuscripts and how their use changes over time. The second paper of the panel was by Davide Salmoiraghi (University of Cambridge). Davide looked at the reception of the Church Fathers in medieval Iceland, examining the spread of the saints’ cult and its influence on the Norse hagiographies. Luthien Cangemi (University College London) concluded the translation panel with her paper on the transition from the concept of Medicina to Physica in Old Norse sources.

Then followed the mid-afternoon virtual coffee break on Wonder. This allowed attendees to mingle together to get to know each other, moving between groups of people to talk. Some attendees continued their discussions about the conference in a more informal setting, and others struck up new discussions about postgraduate life and their own research.

The final panel of the day was chaired by the conference co-organiser Ben Chennells. It explored the receptions and re-castings of Old Norse literature. The first paper, by Grace Khuri (University of Oxford), examined the Victorian novel Eric Brighteyes by H. Rider Haggard and its use of Old Norse saga sources. Richard Munro of the University of the Highlands and Islands then presented about how to perform an eddic poem.

The keynote lecture, delivered by Dr Sarah Baccianti, a British Academy Newton International Fellow at Queen’s University Belfast, discussed the Old Norse medical charms and healing practices. Exploring material culture and saga literature, Baccianti’s interdisciplinary paper called for a re-evaluation of the distinction between our modern concepts of magic and medicine. The keynote was followed, as with all the panels, by an engaging discussion. An evening social hosted on Wonder concluded the conference.

Hyggnaþing hosted ten speakers, four chairs, and a keynote lecturer, all of whom joined the conference from nine different institutions across the UK and beyond. Seventy-five guests registered to attend, with audience members joining from locations across the globe, from the United States to Australia, to ask questions and make comments that sparked engaging academic discussion. New connections were forged on Wonder and Zoom alike, and the organisers hope that these will be long-lived.

Hyggnaþing is incredibly grateful to Oxford Medieval Studies (OMS), sponsored by The Oxford Research Centre in the Humanities (TORCH) for the funding to cover the costs of the conference. This allowed the registration for the conference to be completely free of charge, creating an accessible and welcoming conference for attendees and helping to foster the thriving academic community, and ‘meeting of minds’, that came together for Hyggnaþing. For more information about the conference, see the Hyggnaþing website: https://hyggnathing.wordpress.com/