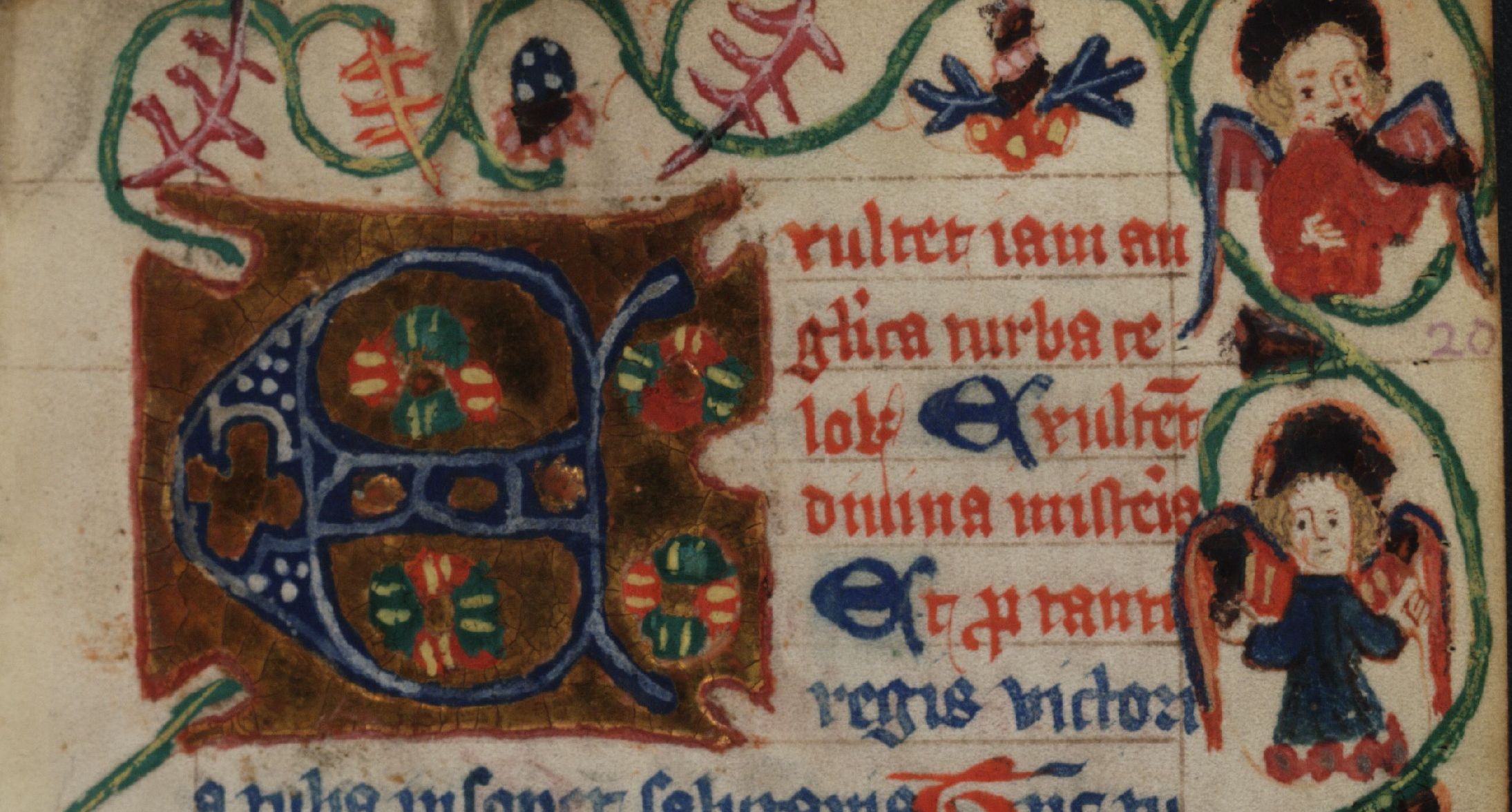 Building on the success of Gregorian chant workshops  with manuscripts from the Bodleian Library (Singing Together, Apart 1  and Singing Together, Apart 2 ), a group of Oxford medievalists are offering insights into working with manuscripts during lockdown. Meet some of the manuscripts from the Abbey of Medingen, recently digitized through the Polonsky German project, and sing along to chants from the Easter period.  A special focus was on the ‘Exsultet’ which attracted some of the most colourful illumination of the manuscripts as well as detailed devotional instructions in Latin and Low German on how to sing it both out aloud and “on the harp strings of the soul”. Read more on Savouring the Exultet at Medingen in this blog post by Innocent Smith OP for the Polonsky German manuscript digitisation project.

Andrew Dunning, R.W. Hunt Curator of Medieval Manuscripts, showed the Medingen manuscripts at the Bodleian Library live via visualiser from the Weston Library; Zachary Guiliano, Chaplain of St Edmund Hall, Henrike Lähnemann, Professor of Medieval German Literature and Linguistics, and Nick Swarbrick, Gregorian chant instructor, and Connor Wood, Organ Scholar at St Edmund Hall, formed a Schola in the Crypt of St-Peter-in-the-East, the library of St Edmund Hall, and commented on the manuscripts, the music, and their theological significance. Two graduate students working on the Easter prayer books, Carolin Gluchowski and Marlene Schilling, pointed out some of the special nuntastic features of the manuscripts.

Recording of the first Polonsky German Workshop “Singing Apart, Together”.

2 Replies to “Manuscripts Live: Singing from Medieval Sources in the Bodleian Library”