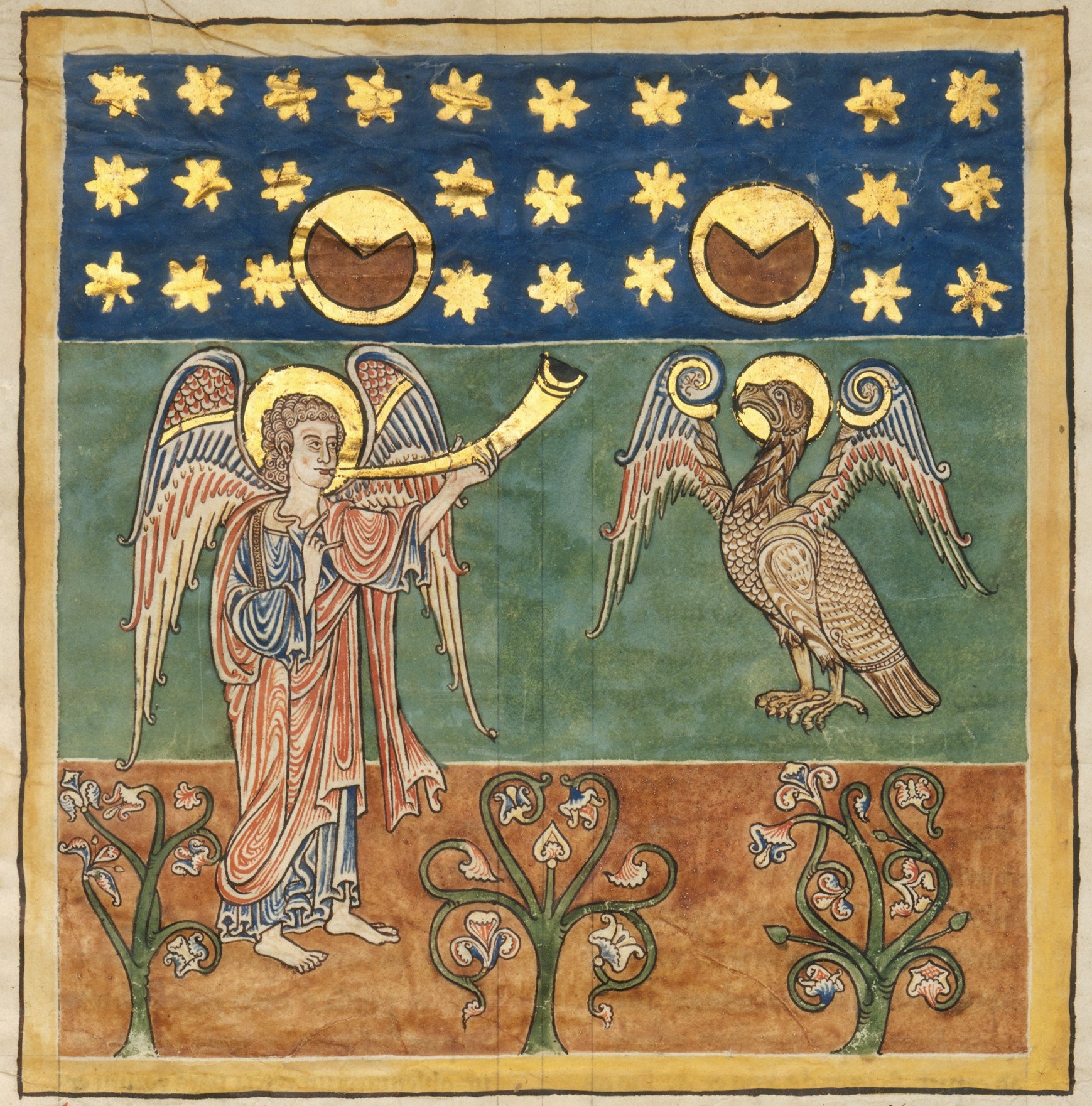 Before starting this role, I had only a basic knowledge of Facebook and Twitter, and only really for personal use. However, as it was the summer of Covid-19, everyone and everything had gone online, and suddenly an online network was the only network; an online profile was your only profile. I therefore threw myself into the world of social media for academia by applying for this job, which allowed me to kill two birds with one stone: to do my bit in keeping this vital network of Oxford medievalists alive and well and to learn a thing or two about how to use social media for academic engagement. Here, then, organised by platform, is a summary of what OMS got up to online over these past two years, why you should have a go at this job, and what to expect from it.

History: Twitter was the only platform with which OMS already had an account, and, since its birth in 2016, it had proved to be an efficient and useful way of communicating with and about the Oxford medievalist community and a great way of bringing new members into the fold. Since it got a dedicated tweeter, its followers doubled in number from around 2,500 in 2020 to nearly 5,000 today.
Tagging: If you want a tweet to be read by certain people – and hopefully their follows – don’t wait for them to find the tweet; bring the tweet to them! And do this by tagging them in it. Furthermore, tag ALL relevant faculties/departments and universities in ALL relevant tweets. When advertising a speaker, for example, tag them, and if they don’t have Twitter, tag their department or university.
Emojis: People – present author included – are lazy, and so don’t clutter your tweets with too much text. Tweets organised with emojis are far more eye catching and far easier to follow.
Images: For the same reason, tweets with images are far more likely to grab people’s attention. For better or worse, in the fast-paced world of Twitter, visuals trump text. The secondary benefit of including an image is that you can tag up to 10 accounts within the image as well as those tagged in the tweet
Scheduling: Twitter allows you to schedule tweets. This is a great idea when it comes to events that need promoting and that have a set date that is unlikely to change, and it is also a time saver for you.
Threads: Linking one tweet to another is good for long reads, but this is usually better suited for individual academics rather than academic institutions such as OMS, since the latter usually have a dedicated blog, website, or Facebook page (see below) where longer posts can be published. Nonetheless, with threads, remember to number each tweet so that the reader knows when the thread will end (1/5, 2/5, 3/5 etc.) and a nice little emoji of a thread won’t go amiss. 🧵
Trolls: Sadly, Twitter is the home of unwanted attention, aggression, misconceptions about the Middle Ages, and strongly-held opinions about Oxford. Part of this job is to avoid being sucked in. Resist the urge to be trigger happy with your replies; you may be in charge of the account, but you are not the sole voice of medieval studies at Oxford, so don’t engage with anything that might be controversial – even the things you may agree with – before consulting other members of the team.

History: In September 2020, we set up a brand-new Facebook page for OMS. With around 300 likes, its growth has been less dramatic than Twitter’s. However, particular advantages remain.
Longer posts: Tweets have a character limit and Instagram requires an image. Therefore, if you have something to advertise or an announcement to make that is particularly text-heavy, that is the time to post on Facebook. A condensed version should be posted elsewhere.
Events: Facebook is still the best home for advertising events. Although Twitter and Instagram posts are good at publicising the advert, the central advert itself is better off as a Facebook event as there you can include much more information and its internal functions allow this information to be clearly organised for your audience. The events function also allows you to get a rough idea of how many attendees to expect.
Scheduling: As above.

History: OMS’s Instagram account was another new venture, launched around six months ago, and again boasts some 300 followers.
Images: Instagram is, of course, built for posts with images. For OMS, this is a good place to post summaries of big events, such as the Oxford Mystery Cycle, with a picture deck or perhaps even a collage made with a suitable app, e.g. PicCollage.
Live/Story: The Instagram Live or Story functions are both good ways to lives stream or live post pictures of events. This has not yet been used to its full potential.

History: OMS’s YouTube channel was yet another post-lockdown initiative, largely created in order to stream online and hybrid lectures and post them for posterity. During the past two years, organising the streaming itself has come under the remit of the Events Coordinator, which you can find more about in outgoing Events Coordinator Tom Revell’s recent post.

If you have accounts on two or more social media platforms, it is a good idea to consolidate them in one place. This is where sites like Beacons and Linktree – also known as a ‘Link in Bio’ tool – come in handy. This is a single hub that houses further links to your various platforms in order to save space in your description box, stopping it from being cluttered with links. OMS’s Beacons page houses links to its Facebook, Twitter, YouTube, and Instagram accounts as well as the term booklet and its principal website, which is home to this blog and which recently moved from its previous location on TORCH’s website.

The post asks for roughly an hour a week of your time, sometimes more during term time, less during vacations. I would encourage anyone with any knowledge and interest in social media to consider this role. But the most important criterion is an enthusiastic desire to bring together the fantastic network of medievalists that Oxford Medieval Studies fosters. As well as the technical know-how about social media that you will gain directly from this post, you will also indirectly find yourself learning about advertising, marketing, networking, and even graphic design and publishing. Go for it!

Llewelyn Hopwood is a DPhil student in Medieval Welsh poetry at Corpus Christi College, Co-Editor-in-Chief of the Faculty of English’s graduate journal, Oxford Research in English, and the Welsh materials resident on the University of Liverpool’s Human Remains project.

Hyggnaþing will be completely live, comprising panels of 20-minute papers and discussion. Inspired by the momentous developments of the past year, the conference theme brings you papers that consider the areas of research that involve change and fluctuation. We hope that, in considering the transitional aspects within the work of the conference’s speakers, they will be able to harness the ambiguities and uncertainties of our time to engage with new ideas and perspectives.

See below for the day’s programme, which features numerous exciting papers from graduate students across the UK and a keynote by Dr Sarah Baccianti of Queen’s University Belfast, who will be speaking on ‘Old Norse Medical Charms: Healing Words and Recipes’.

The conference is free but registration is required. Further details, including the form to register, can be found on the conference website.