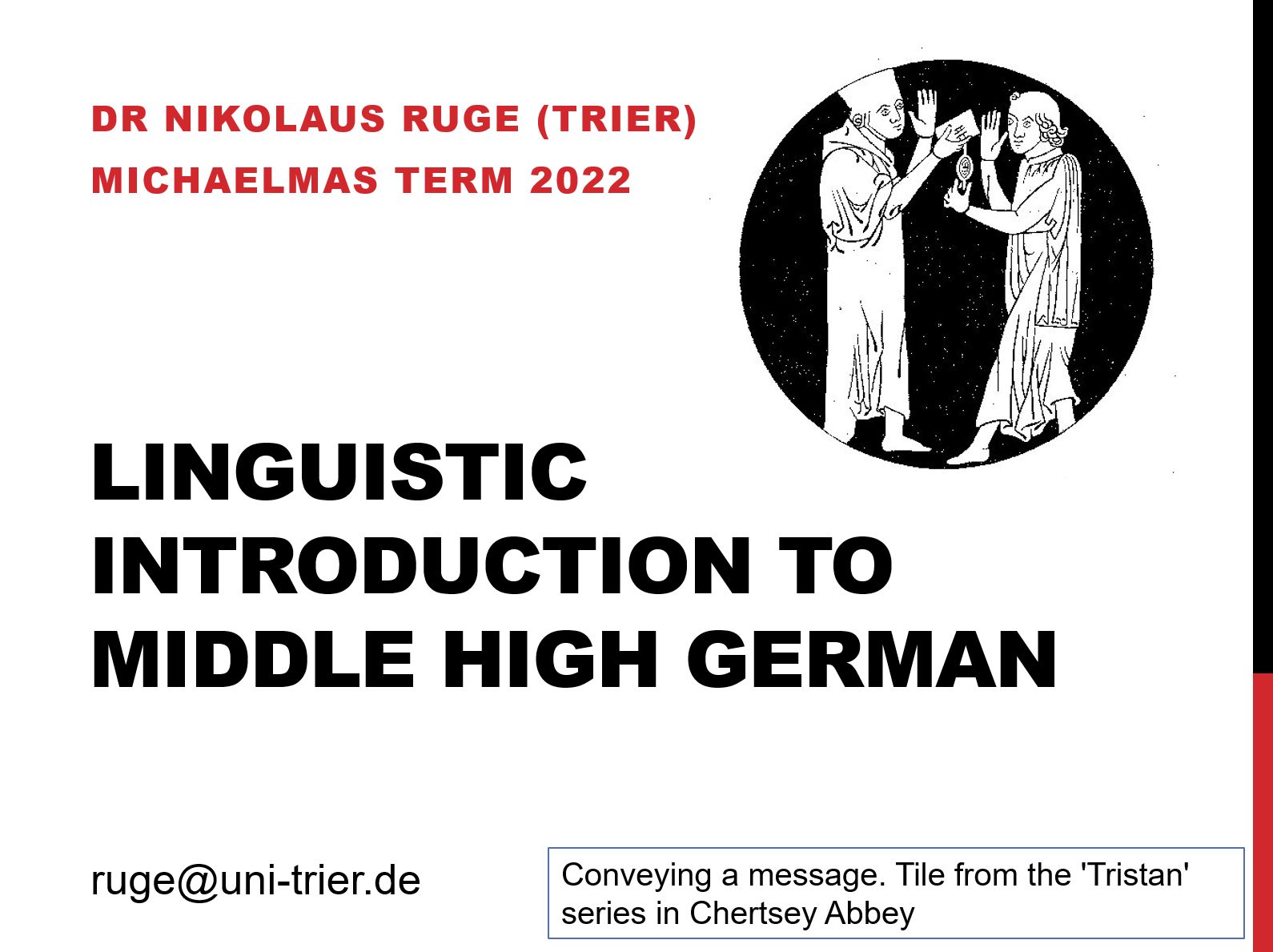 During Michaelmas 2022, Dr Nikolaus Ruge (Universität Trier) was in Oxford as Visiting Lecturer in German Historical Linguistics at the Faculty of Medieval and Modern Languages and delivered a lecture series on Middle High German. This was mainly designed as an introductory course for students of the German Paper IV ‘Historical Linguistics’ but the recordings are available to a general audience interested in medieval languages. The first two lectures took place in week 1 and 2 in the Taylor Institution Library, Room 2, the following lectures are recorded online.

Lectures recorded in Oxford are accessible once they are recorded via the Panopto folder Paper IV, all lectures are included in the playlist “German Historical Linguistics” https://tinyurl.com/PaperIVHistoricalLinguistics. Thanks for help with the English translation of the lectures to William Thurlwell, for technical and topical support to Henrike Lähnemann.

The textbook for this lecture course is The Oxford Guide to Middle High German. The set text for Middle High German is Helmbrecht in the edition by Karl-Heinz Göttert (2015). Oxford students can access further resources such as reading lists and essay topics via the Canvas page.