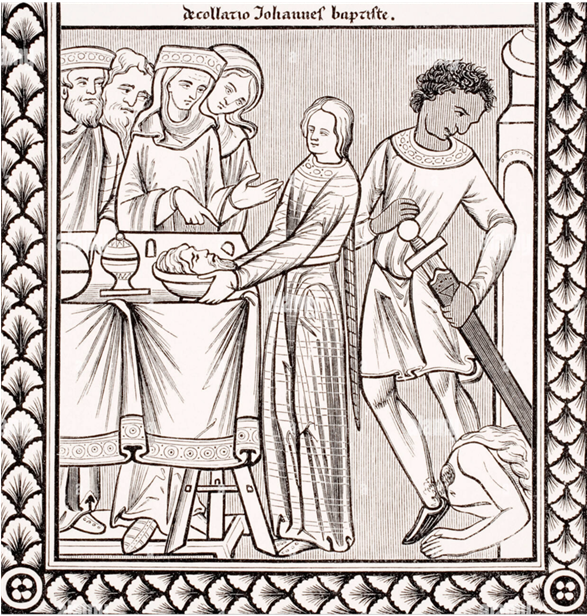 THE EXECUTION OF JOHN THE BAPTIST [IN MEDIEVAL FRENCH]

This will be a contribution to the festival of 20-minute medieval plays performed in the gardens of St Edmund Hall on Saturday April 23, with a subsequent performance in Iffley churchyard on the morning of Sunday April 24.

John the Baptist preaches to the masses about the corruption of those who rule the state, King Herod throws a birthday party, and young Salome induces him to promise her any gift she chooses. The gift is of course John’s head, and medieval theatre delighted in the use of stage blood. The language is accessible enough to speakers of modern French, and we will concentrate on rhythm and expression rather than antique vowel sounds.

Rehearsals will be one evening a week through term. Some of the cast will be actors from Iffley village. If you’d like to join in, and bring to life a text that has probably not been played for 500 years, please e-mail the director David Wiles at d.wiles@exeter.ac.uk, or come along to St Edmund Hall on Thursday 20 Jan at 6.00 (where the porter will direct you).